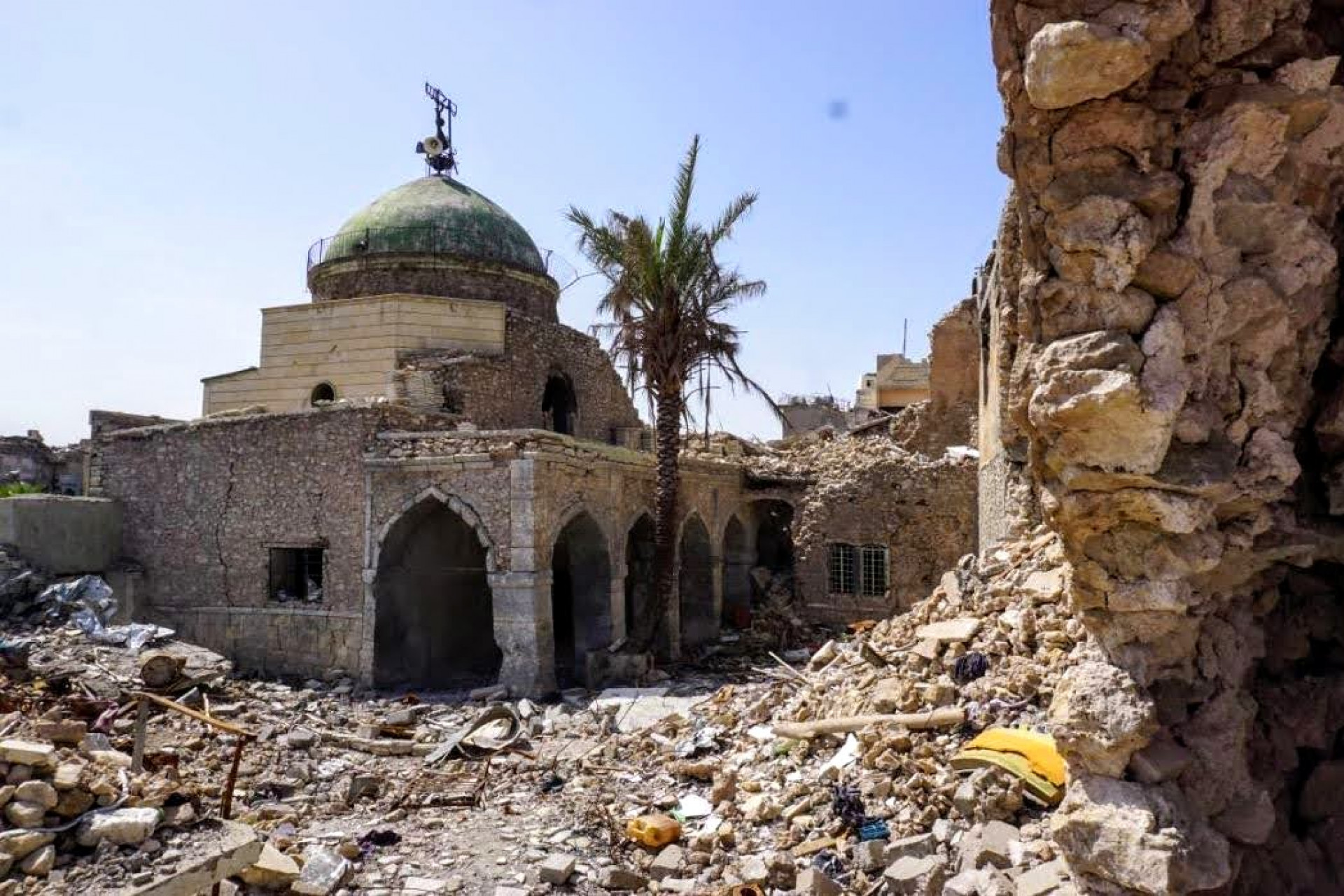 Al-Masfi mosque, also known as the Umayyad Mosque, stands on the site of the oldest mosque in Mosul, likely built shortly after the Islamic conquest of the city in 638 CE and then expanded in the Umayyad period. The current building dates to the 19th century and the mosque takes its name from Al-Haj Mohammed Musfa Al-Thamarab, a wealthy benefactor who funded its reconstruction in 1847. During the Daesh occupation of Mosul, the mosque and its surrounding area were heavily damaged.

In coordination with the State Board of Antiquities and Heritage (SBAH) of Nineveh, as well as the Waqf authorities, a French team of experts led by La Guilde Europeenne du Raid, with the support of the French lnstitut National du Patrimoine and lnstitut du Monde Arabe, will rehabilitate the mosque. The project provides on-the-job training and employment opportunities for the local population.

This project is part of the Mosul Mosaic initiative aiming to preserve the cultural heritage of Mosul in its religious diversity. In December 2020, with the support of the Governor of Nineveh and the SBAH, the Iraqi Army cleared the site of the explosive remnants of war, allowing the rehabilitation work to begin.