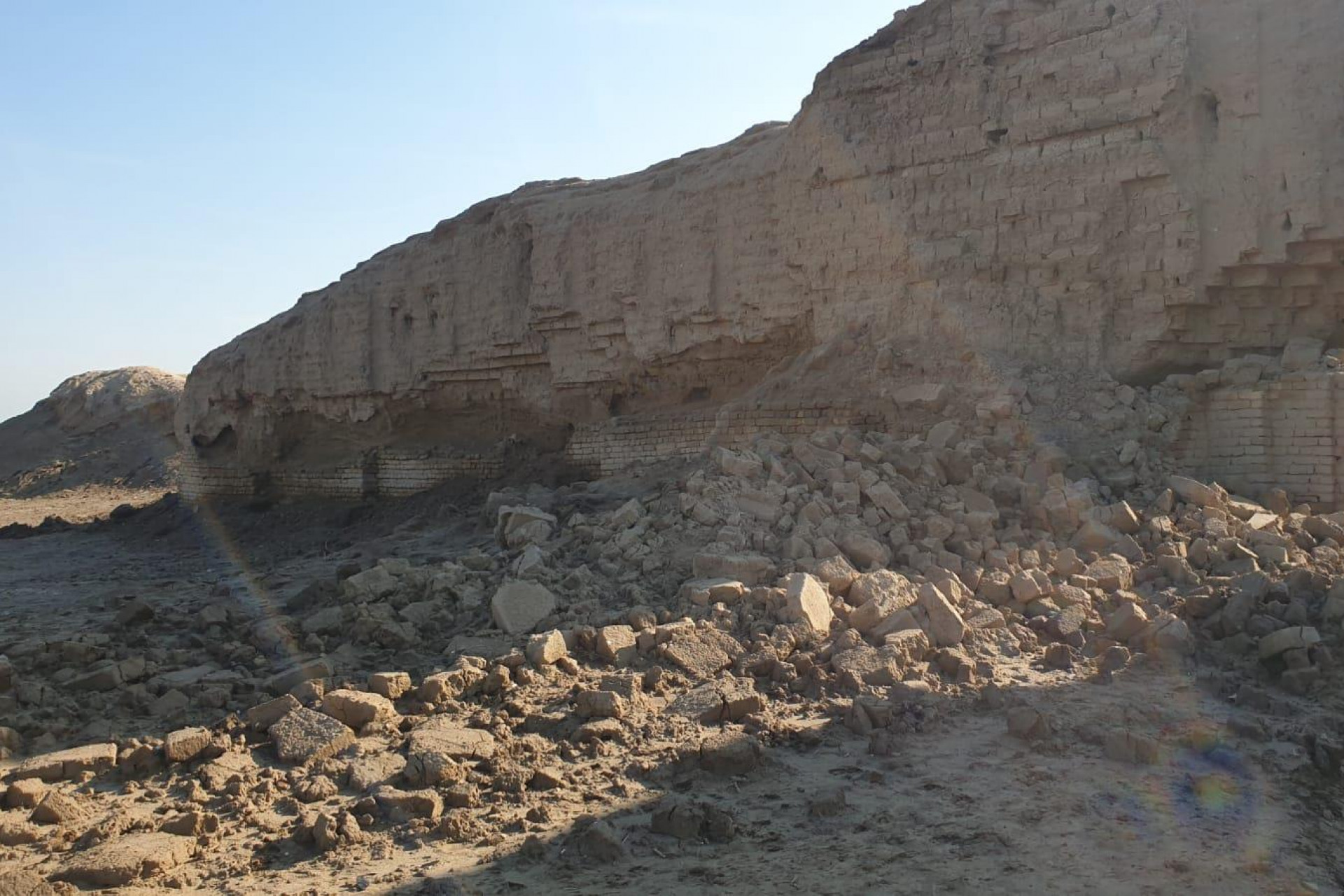 The city of Kish (now Tell al-Uhaimer), occupied from at least the fourth millennium BCE until the first centuries CE, was one of the capitals of the Sumerian civilization. Like the ziggurat of Kish, the Temple of Ishtar is a major monument of this period, dating to the fourth or third millennium BC.

The project is urgent: the site is in an advanced state of disrepair, with part of its 48-meter long façade having collapsed in October 2020, and the rest threatening to collapse imminently. The project team is studying the collapsed façade of the Temple of Ishtar and conducting research to identify the best method of conservation.

Based on this assessment, the project is stabilizing and conserving the remaining façade, providing hands-on restoration training for students at the University of Babylon, and developing a program on earthen architecture in Iraq.