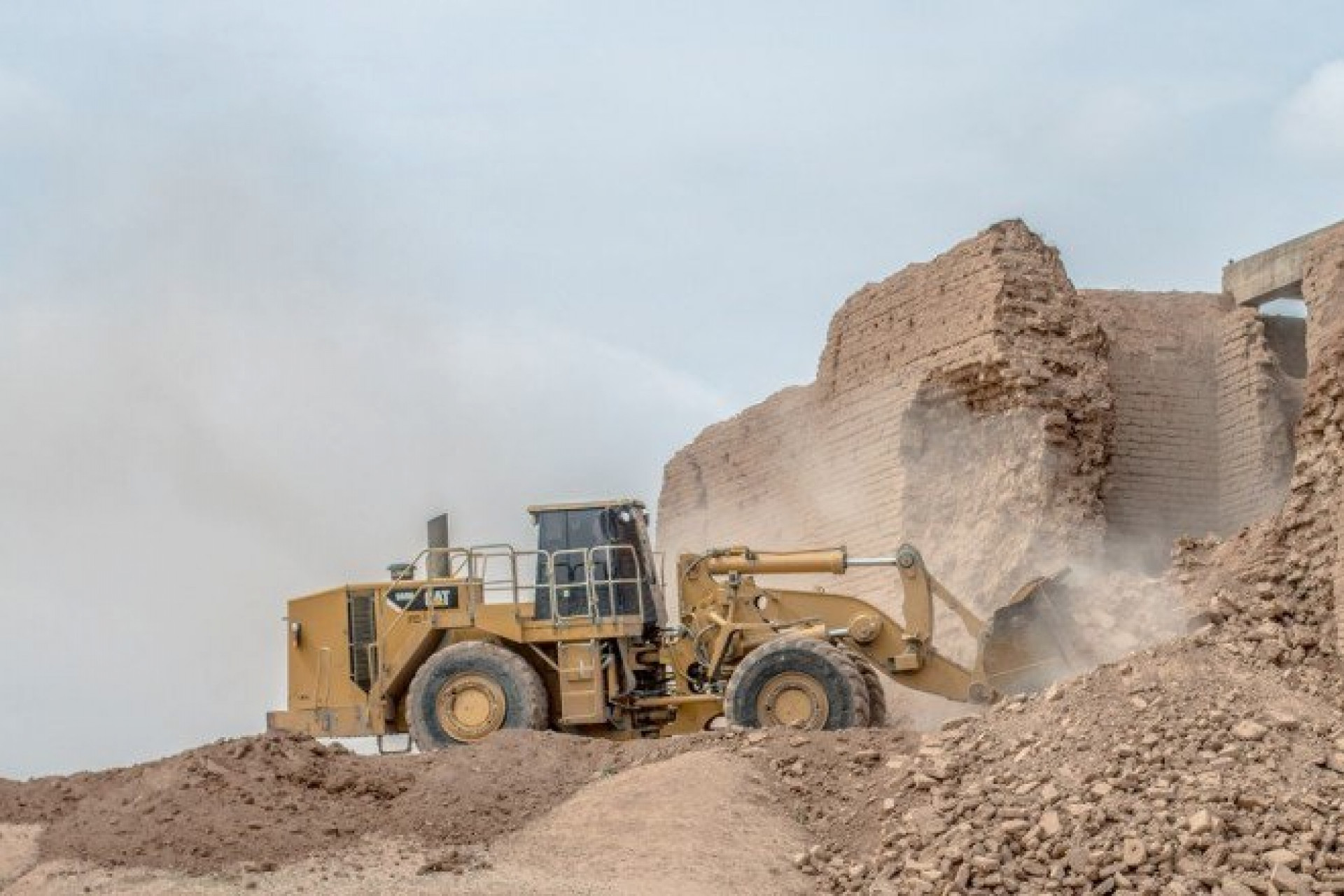 Destruction of the Mashki Gate, as posted on social media by Daesh in 2016

The Mashki Gate in Mosul was one of the monumental gates of Nineveh, the oldest and the most populous city of the Assyrian empire, an imperial capital, and a major crossroads between the eastern Mediterranean and the Iranian plateau. The remains of Nineveh lie across the river from modern-day Mosul and partially within the boundaries of the old city.

The site has been excavated by international teams, and the artifacts are now located in museums around the world. Reconstructed in the 1970s, the Mashki Gate was an iconic part of Mosul's skyline, a symbol of the city's long history. The Gate was the only part of the site that was fully excavated and reconstructed by the Iraqi team. Because it was a symbol of Iraq's long history, it was destroyed in 2016 by Daesh. The destruction was shared widely online.

The objective of the project is to reconstruct this exceptional building in close collaboration with the State Board of Antiquities and Heritage and the Mosul University. This initiative is also generating local employment in construction and brickmaking, as well as training opportunities in traditional building techniques. Ultimately, the project will transform the monument into an educational center on the history of Nineveh.